I’ve done a lot of research and have spent hours reading books about these giants of the sea.  I wanted to put this information into a visual format and this resulted in 22 works currently exhibited at Gallery De Novo in Dunedin.

For a very long time now, as I have been out on location looking at and painting the sea, I have wondered what was out there in the depths, just as when I was painting landscapes I wondered who planted that tree and who had walked and shaped the land I was painting. 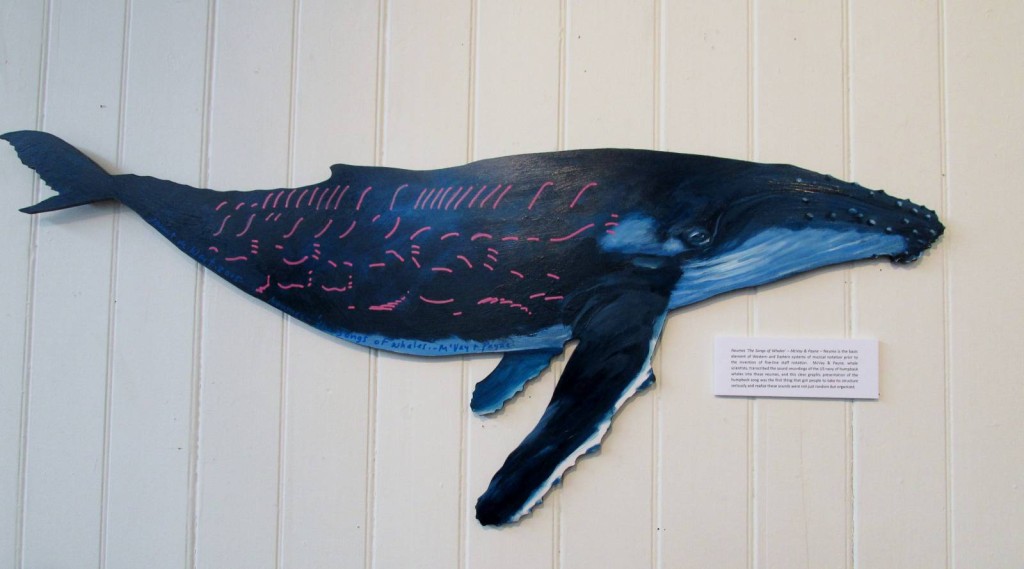 My most recent painted shapes were penguins, birds who inhabit the land and the sea, so it has been a natural progression to venture further and deeper into the ocean and become interested in the giants of the sea, the mighty whales. Their stories and their journeys are both rich and inspiring – from the Ngai Tahu story of the creation of Foveaux Strait and the Solander Islands, to the recording of the Humpback whales’ song on the golden record carried on Voyager 1 into the extremities of outer space. The Humpbacks’ and other whales’ songs were put into the earliest of musical languages, neumes in the 1970s, and thus given the first recognition of their fluid, musical and song-like patterns and qualities. These and the myriad of other stories about whales are truly amazing and I have tried to capture these stories visually.
Watching and painting the sea, particularly at night time, I have also been struck by the glow and fluorescence of the waves on the sea. Further research has taught me of the many creatures and organisms in the sea that have the power to luminesce and are responsible for this bioluminescence that I have sometimes seen. I have tried to recreate this light in some of these paintings, so that after they have been exposed to light they fluoresce in the dark as the ocean does.

I love information and the social impact of why we do things. Whaling had a huge impact on the early settlement of New Zealand. In many New Zealand history books whaling has been seen in a romantic way, a life of adventure and freedom on the high sea. The truth was very different and it was an extremely hard and dangerous life as uttered in this whaler’s lament from the 1820s:

They will rob you
They will use you
Worse than any slaves
Before you go whaling boys
You best be in your graves.

In fact whaling went on in New Zealand for a total of 172 years, finally stopping in 1964. There were many whaling stations established in Otago from the late 1820s when shore based whaling began – for example Moturata Island at Taieri Mouth.

Today the whales themselves still can’t escape from the threats of human activity – from the still continuing controversial hunting, to other pressures from modern human life such as plastic and chemical pollution, warming oceans, sonar disruption and propeller strikes from ships. 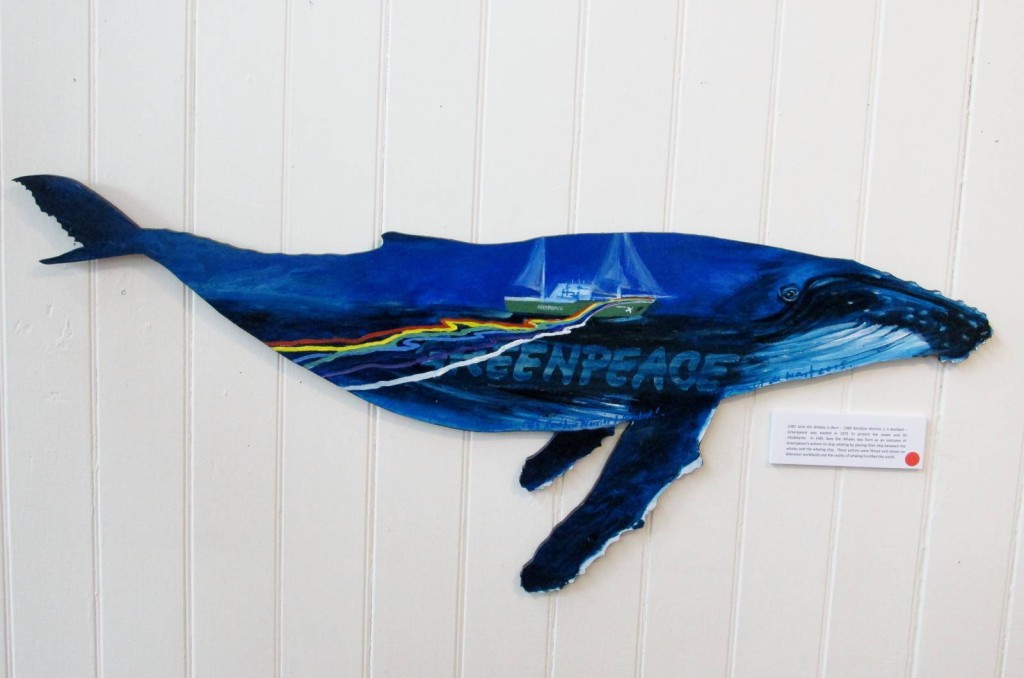 Whale watching is all about time …… you have to be out there on the water. You won’t see them in bad weather; you can’t see them at night; most of the time they are hidden beneath the surface.
But I know they are there as I paint the seas from the South Island of New Zealand.