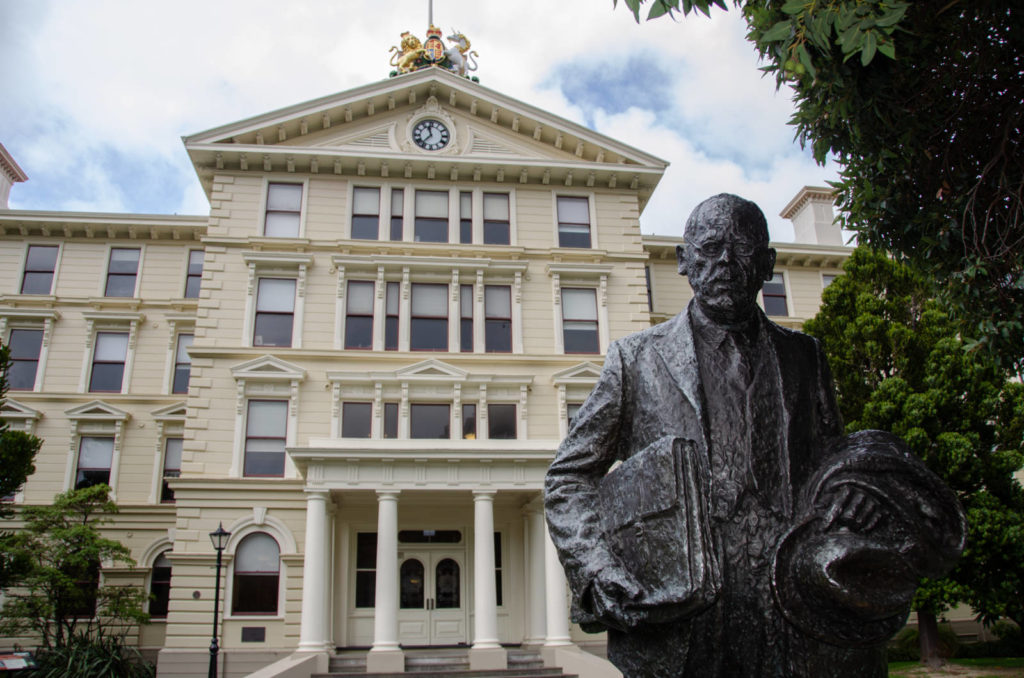 These were my words on the day…

‘Thank you all for coming to the opening of the exhibition of the National Banner project that celebrates 125 years of women’s suffrage in New Zealand Aotearoa. 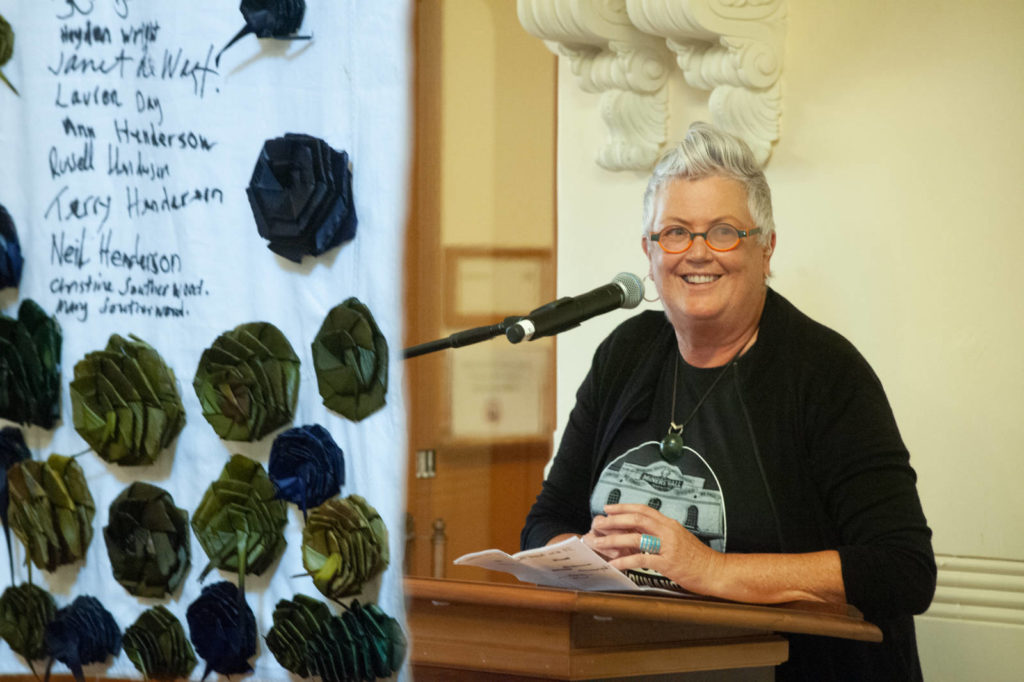 Within an organisation it usually takes one person who gets what you are on about – a special thank you to Rosemary Baird from Heritage New Zealand for making this project happen and to Pam Bain for her continued support and to Mary Southerwood who spent hours tying up threads. Thanks also to Creative New Zealand for a bit of dosh. 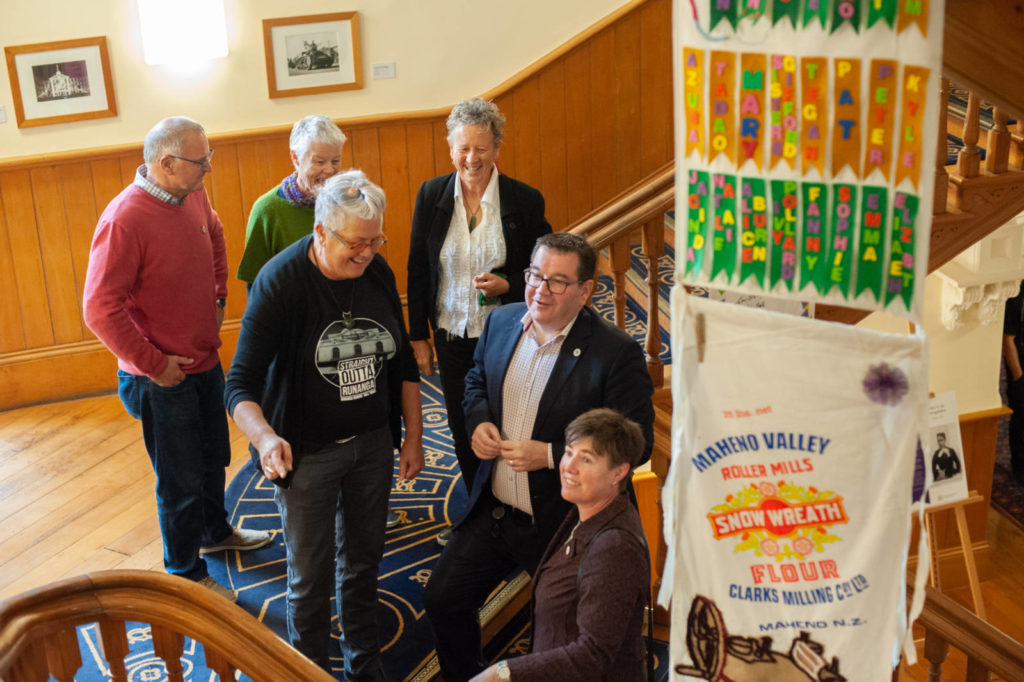 This partnership project between Heritage New Zealand and me, stretched geographically from Northland to Southland, from Rawene to Gore.

It also stretched back in time, reaching back into the stories of the past, of early interaction between Maori and the early settlers, of the challenges and hardships of those times, and the amazing individuals and groups who fought so hard for women’s suffrage. It also heard the stories of women and girls of today who came to honour those women who had and have made a difference in their lives. 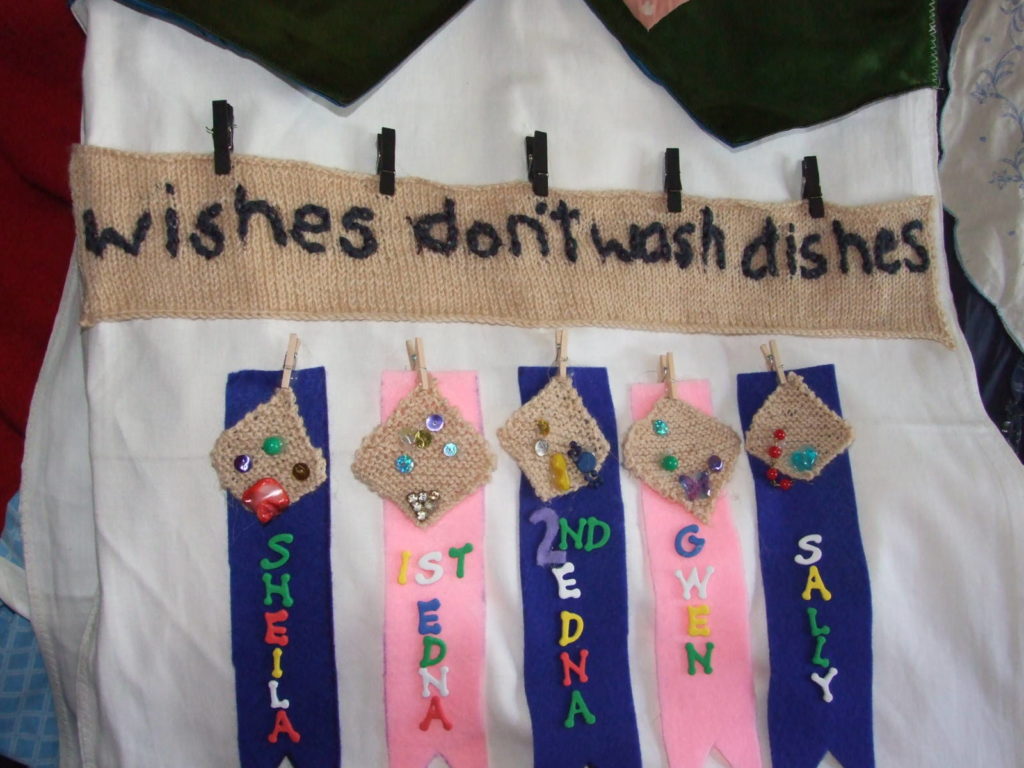 All of these remarkable and amazing stories and rememberings of the past, were carried out within the walls of significant heritage buildings that have themselves stood witness to the transforming of the lives of those who have lived and worked in them. Many of the participants commented on the energy of the past they felt as they worked away on their contribution. 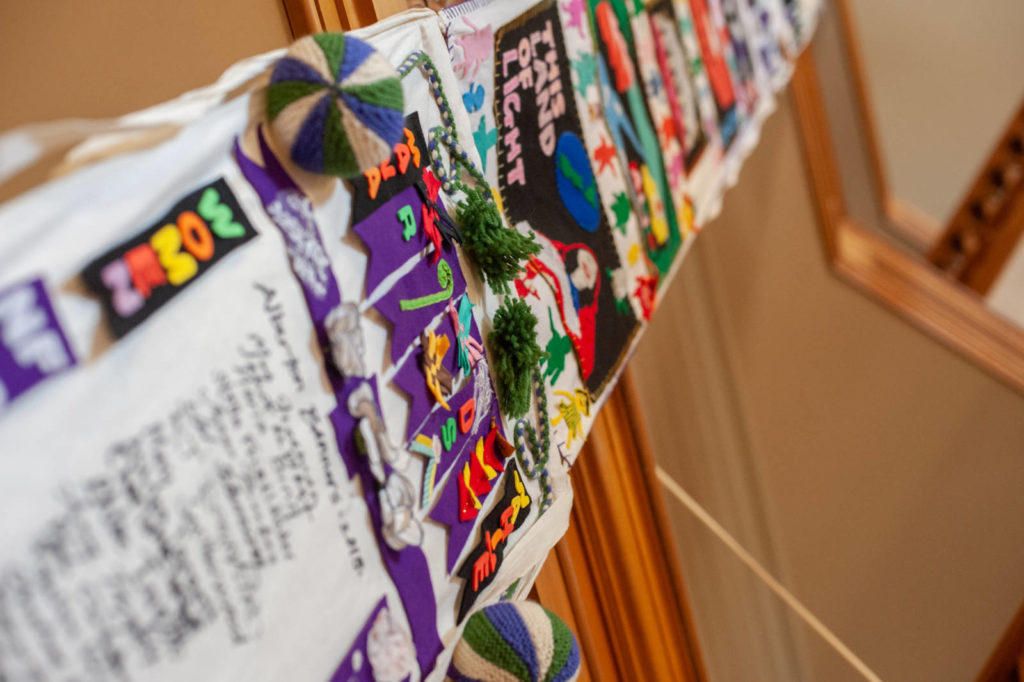 It was a privilege for me to be part of this wonderful journey celebrating the story of the fight for women to be able to vote. Hundreds of women have contributed to this project, mostly in person at a workshop, but many are also represented on the banner in the use of beautiful crafts from the past.. 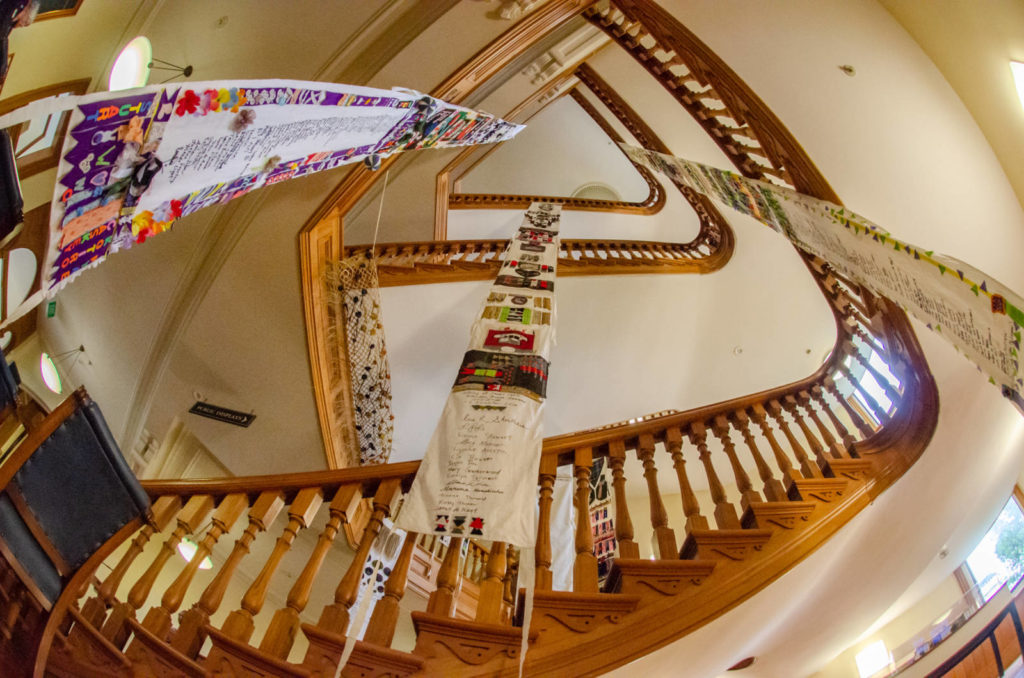 The original petition, 274 metres long and weighing 7 kilos, was assembled together on Kate Sheppard’s kitchen table. The banners of this suffrage 125 project were assembled on many other historical tables – from the cabinet room table to a Temperance supper table. The final assembling of these banners was done on my kitchen table – temperance of course… The continuing story of women’s creativity.

‘Do not think your single vote does not matter much. The rain that refreshes the parched ground is made up of single drops.’

For me this quote sums up this Suffrage 125 project – women and girls and other supporters from all walks of life have created and added their individual stories to the collective whole, that’s what these finished banners are about. 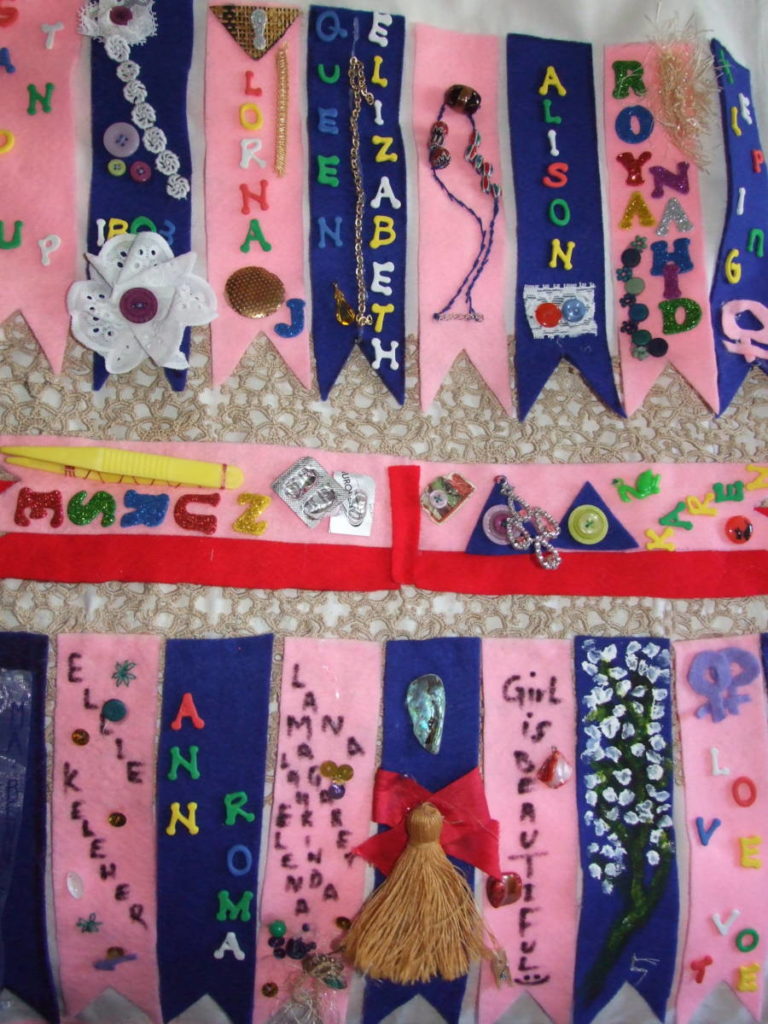